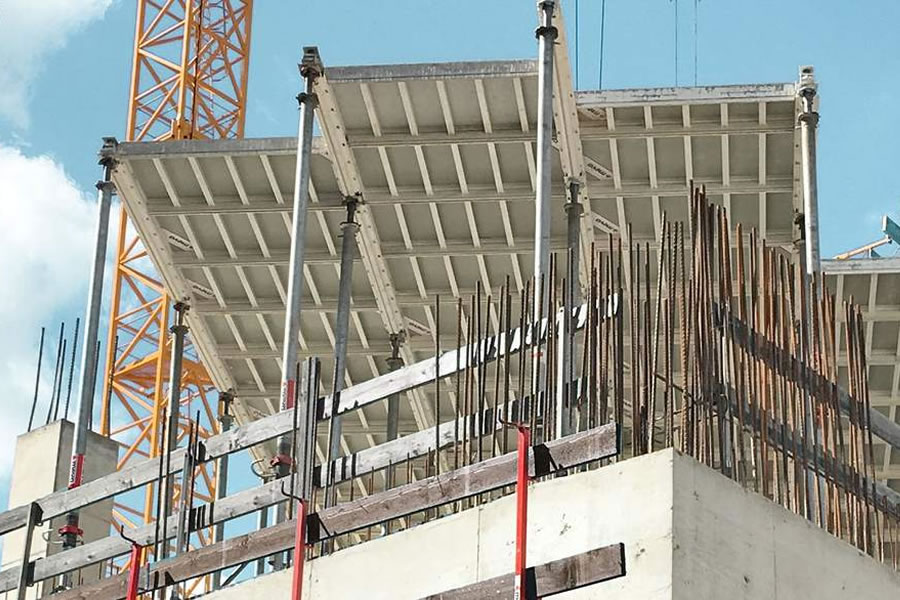 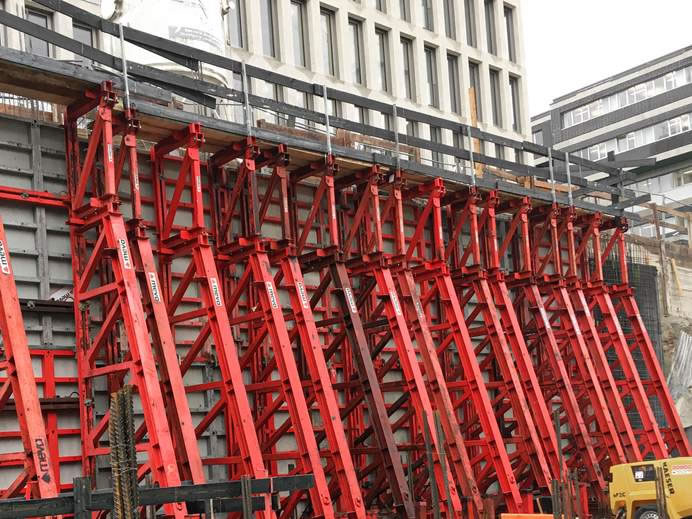 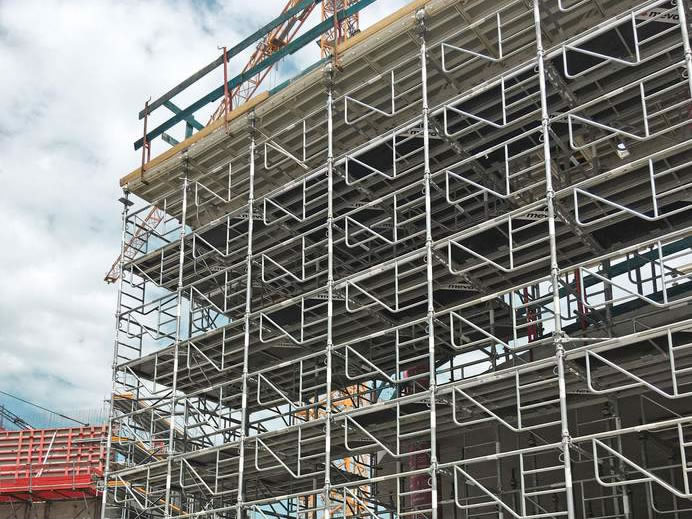 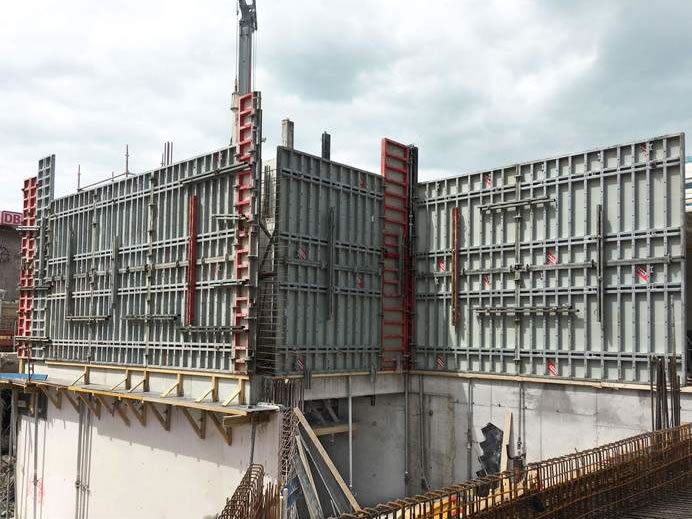 Where Albert Einstein, the discoverer of the Theory of Relativity, was born in 1879, today the residential and commercial centre Sedelhöfe reaches into the sky above the cathedral city of Ulm in Germany. The shell of the complex at the main station was not just erected “relatively” quickly but rather in record time.

When Ulmer Bürger talks about the Sedelhöfe complex as a new “attractive entrance gate”, it doesn’t seem at all exaggerated. With a total investment volume of € 350 million, a striking project has been undertaken where the house stood in which the Nobel prize winner for physics, Albert Einstein, was born: 112 apartments, 18,000 m² of retail and food service space, 7,500 m² for offices and doctors’ practices as well as a three-level underground car park give the city centre’s transport hub a new face.

Building shell completed on schedule
166,000 m³ of building waste and earth were removed from this “open heart of the city”, as the construction site with an area of almost 10,000 m² is referred to in the media. In-situ walls with a total area of 66,000 m², in-situ ceilings with a total area of 80,000 m², 51,000 m³ of concrete as well as 9,000 tons of rebar material were installed during this project. In order to adhere to the tight time schedule, it was necessary to use systems for the building shell that provided for safety, flexibility and easy handling.

KoHa Bauausführungen und Immobilien GmbH erected the building shell with an investment volume of € 45 million between May 2018 and February 2020.

The MEVA products made a significant contribution to ensuring that the building shell was completed on schedule.

20 cm sufficient for Mammut XT
The acute shortage of space on the Sedelhöfe site was a huge challenge for the construction company, as only 2% of the surface area was available for external storage. The successful use of the Mammut XT wall formwork system thus played a central role at this site with its 100% exploitation of the available land for construction purposes. For example, the working space between the sheeting and the basement walls was only 20 cm wide. Here, the Mammut XT with a fresh-concrete pressure capacity of 100 kN/m² was able to realise its full potential. One reason for this was the quick, simple formwork assembly and stripping with single-sided tying and identical panels for initial and final formwork.

MEVA’s integrated combination tie hole stands out due to simple handling and the fact that there are no loose parts and no assembly time is required for individual parts. The clever multi-function profile with welded-in Dywidag nuts for the attachment of accessories such as scaffold brackets, push-pull props and alignment rails using the MEVA flange screw ensures orderliness in a very confined space. The quick selection of three tying methods with a flick of the wrist saves time and simplifies the logistics, which represents a huge benefit, especially when working to such as tight schedule.

Straightforward day-to-day operations on the construction site
The MEVA wall and slab formwork systems also convincingly mastered the construction of four basement levels below ground and the, in some areas, complicated slab construction. The 100% compatibility between the Mammut XT and ­Mammut 350 panels facilitated the day-to-day operations on the construction site. The STB 450 and STB 300 support frames with their compact, modular design simplified the transport and set-up and provided the construction workers with sufficient space to perform single-sided tying. With a depth of only 2.45 m and simple Dywidag tying for a high level of structural safety, the STB 450 supports single-sided walls up to a height of 13.50 m and reliably transfers the fresh-concrete pressure from the formwork into the foundations.

A perfect team for a 80,000 m² slab area
The efficient, ergonomic and easy-to-clean ­MevaDec slab formwork system and the economical MevaFlex made an effective team with which to form in-situ slabs with a surface area of 80,000 m² at the Sedelhöfe site. The modular MT 60 shoring tower ensures stable “growth” for heights up to 18.66 m. It supports loads up to 60 kN per leg and can be easily assembled vertically or horizontally with only three frame types and a maximum weight of 15 kg for each individual part.

Jörg Zinnow, project manager at KoHa Bauausführungen und Immobilien GmbH, was satisfied with the progress of the building shell work: "The support provided by MEVA was extremely good and the MEVA formwork systems enabled us to comfortably keep to the time schedule." 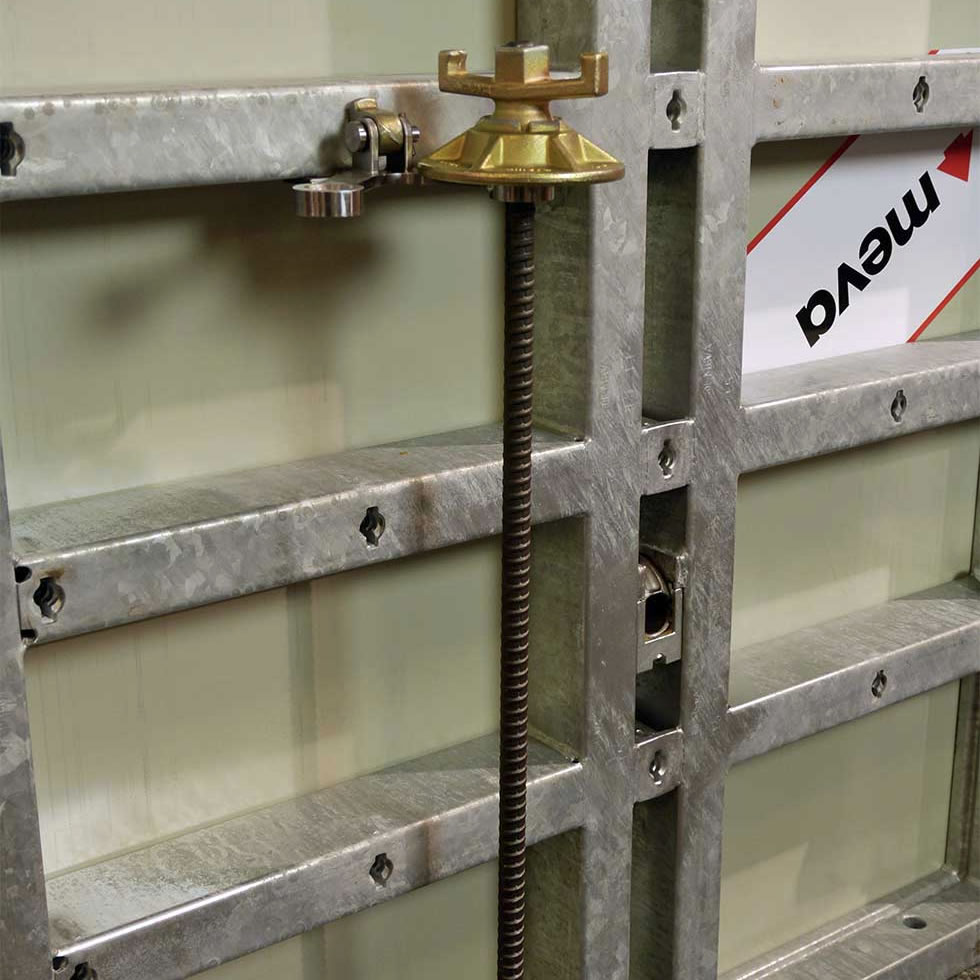 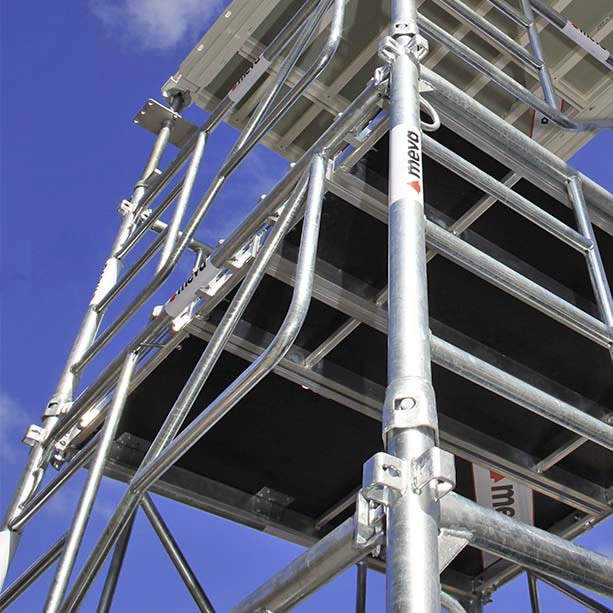 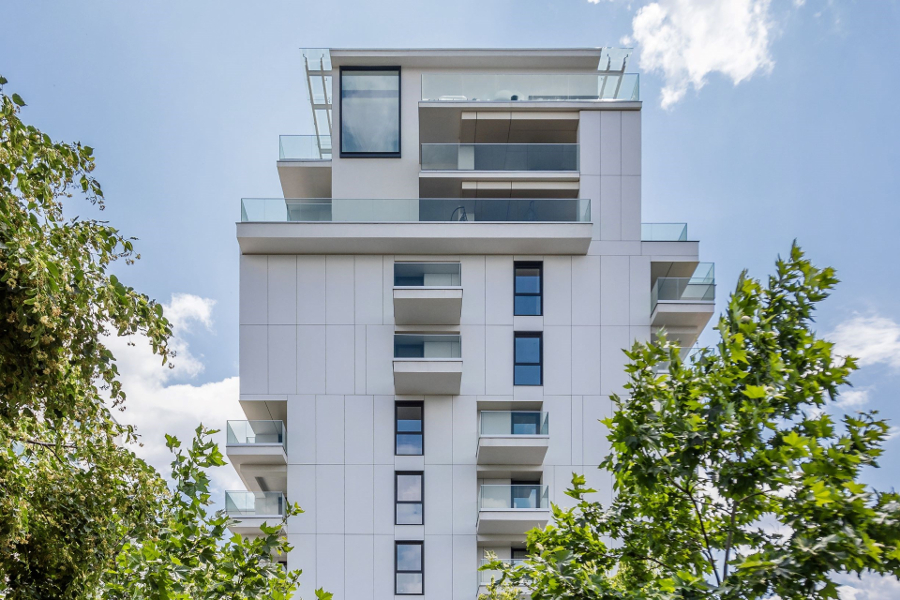 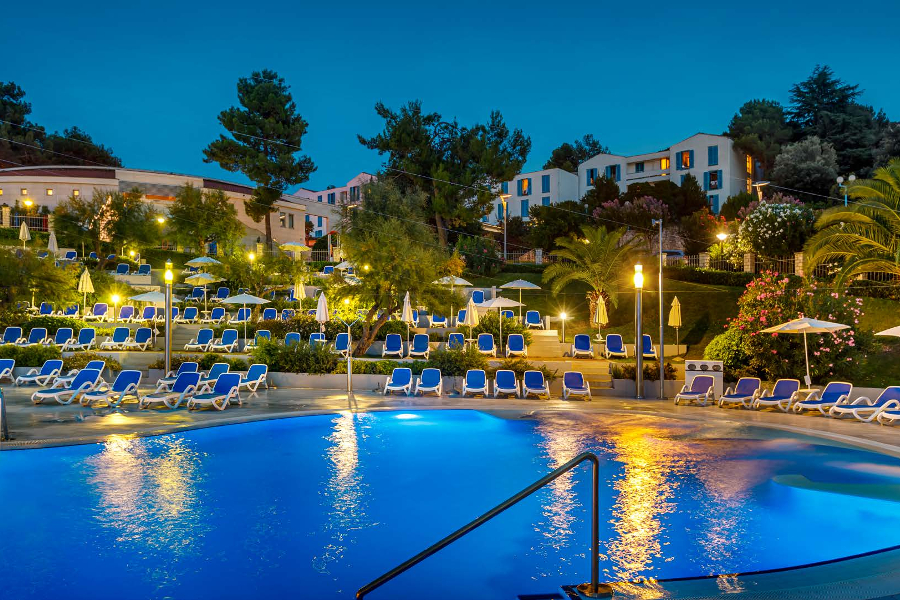 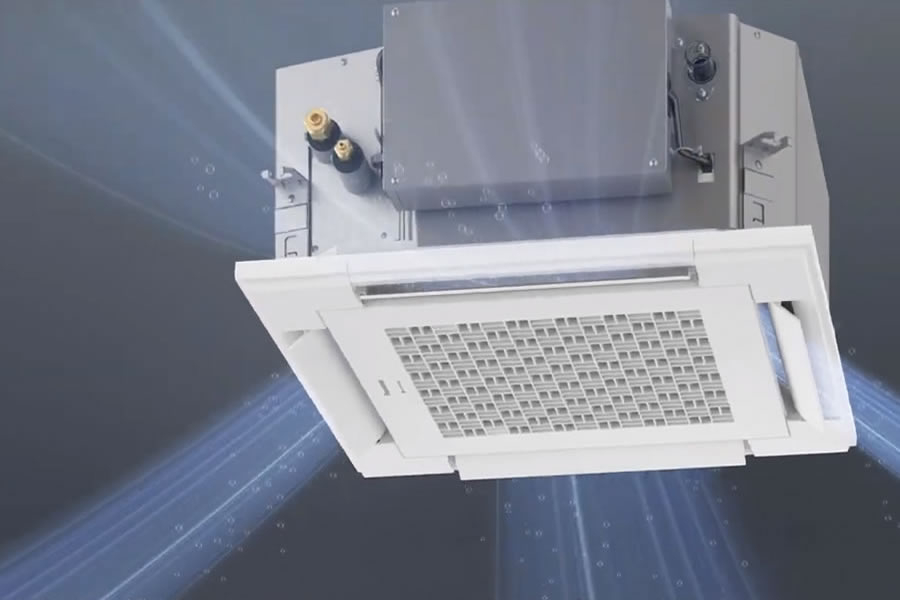 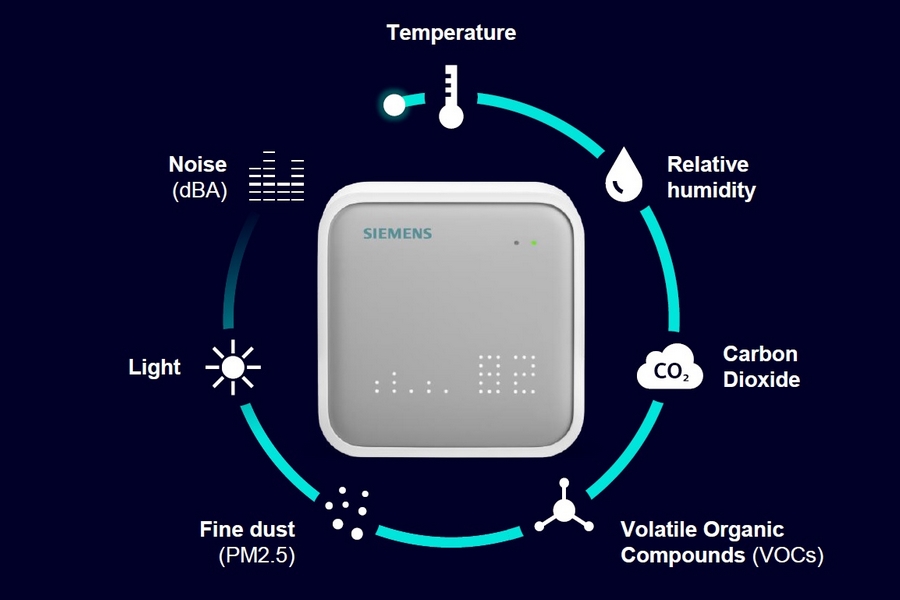 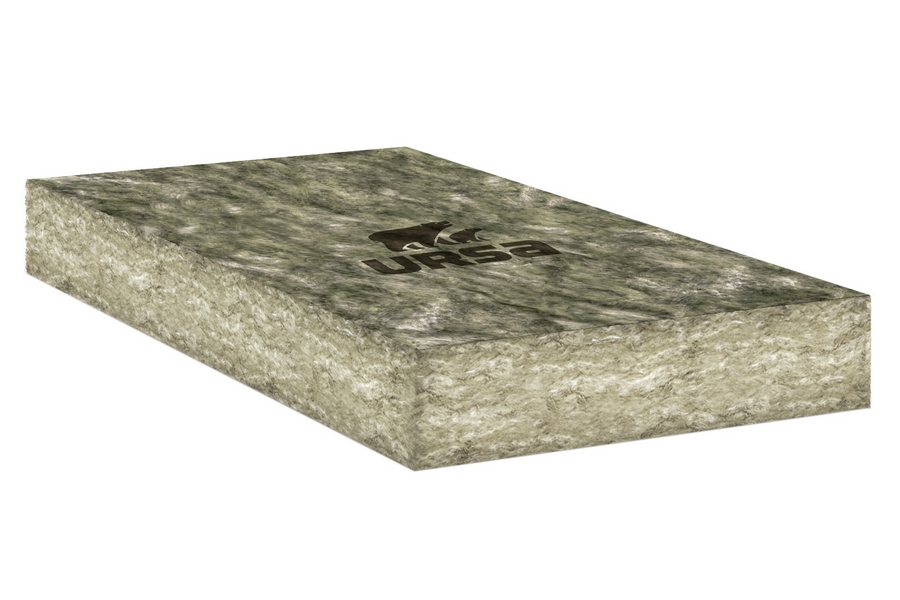 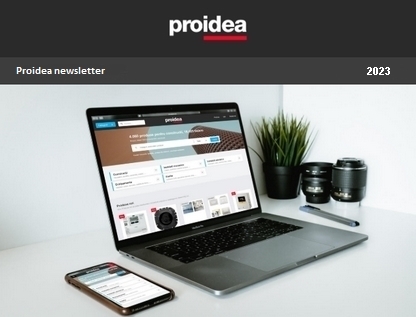